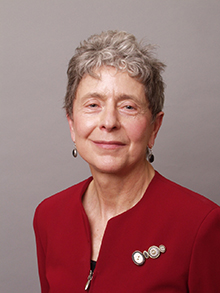 About Annabel Patterson:
On June 17, during the final week of Convocation, the University of Toronto awarded its extraordinary alumna a Doctor of Laws, honoris causa in recognition of her remarkable achievements.

Those accomplishments began at U of T, where she was first a student at University College and later an assistant professor at Victoria College. As a student she graduated first in her class, and received the Governor General’s gold medal, as well as a Commonwealth Scholarship for graduate work in London, England.

Subsequently she taught at York University, the University of Maryland, and Duke University, moving to Yale to complete her trajectory, and receive Yale’s highest rank, a Sterling Professorship. Although she is now officially retired from the Yale Department of English, she continues to teach there.

She has written 16 books and about 70 refereed articles, on topics as varied as Holinshed’s Chronicles, eighteenth-century libel law, the reception of Virgil’s eclogues in Europe, editions of Aesop’s fables, censorship, liberalism,  parliamentary history, as well as Shakespeare, Milton, Donne, John Locke, and of course Andrew Marvell, whose canon she has helped to reshape. The two-volume edition of his Prose Works, of which she was editor-in-chief, filled a significant gap in our knowledge of that poet and will be the standard edition for decades.

Recently, she has turned her attention to literature outside of Europe, specifically the international novel and its concerns, often of boundaries imposed and polities mismanaged by the European Great Powers and, later, the United States. Her current project takes on the State Trials of England, a vast set of volumes that record verbatim the trials for treason and libel, especially in the late seventeenth and eighteenth centuries, and a primary resource for lawyers looking for precedents.

In addition to the honours mentioned above, Patterson has been awarded a Guggenheim Fellowship, a senior fellowship at the Society of Humanities, Cornell University, the Andrew Mellon Chair of the Humanities at Duke, a Mellon Fellowship, National Humanities Center, and a Mellon Emeritus Fellowship at Yale. She won the Harry Levin Comparative Literature prize for Pastoral and Ideology, and the John Ben Snow award (a history prize) for Reading Holinshed’s Chronicles. She is also a Fellow of the American Academy of Arts and Sciences.

The lecture presentation is from 5:30-6:30 p.m. with discussion. Dinner follows! (Dinner fee is $35/person)
For information, dinner reservations and directions, phone the CAAS office at (203) 432-3113 ext. 2 or email to: caas.membership@yale.edu.
Dinner reservations are required by Thursday prior to meeting. Any cancelations must be received by that date in order for us to refund dinner cost.
Free Parking is available.
(203) 432-3113 ext. 2
caas.membership@yale.edu