The Civil Rights Act of 1875: A Reexamination 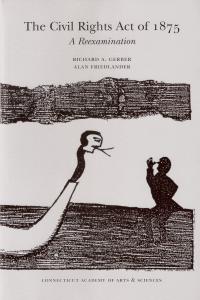 The Civil Rights Act of 1875: A Reexamination
by Richard A. Gerber and Alan Friedlander
Professors of History
Southern Connecticut State University
The Civil Rights Act of 1875 passed Congress in the waning days of Reconstruction on March 1, 1875. The statute, intended to benefit the recently freed African-American population, banned racial discrimination in public accommodations- hotels, public conveyances and places of public amusement.
The original proposal had also included public school desegregation, but that section was stricken at the last moment. Then the U.S. Supreme Court in 1883 declared the entire 1875 law unconstitutional. Not until 1964 would racial equality in public accommodations once again become law.