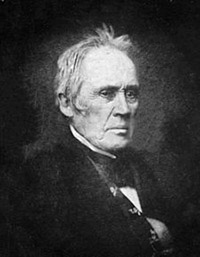 Benjamin Silliman was a very influential member of our academy during most of the 19th century. Born 1779 in Stratford to the American Revolutionary General named Gold Selleck Silliman. Education:Yale College 1796, MA 1799,a Yale college tutor, a lawyer who passed the bar in 1802. CLEARLY VERY BRIGHT

Yale President Dwight had $20,000 for 3 new professor ships beginning in 1793. In 1802 he asked Silliman to turn himself into a Natural Scientist. Silliman spent a year at Franklin’s institution, University of Pennsylvania, taking chemistry instructions from Professor Woodhouse. Silliman’s first lectures on Chemistry were held in 1804 in Yale College.

The origin of the $20K resided in the Treaty of Paris 1782 part III specifying that all the states in the future are to honor the charters made during the colonial period. But in Connecticut the clergy at Yale and the legal representatives could not agree on the nature of the support and governance of the college. A divorce was the solution. The deal was for $20K whereby the state no longer had any monies due Yale. The college agreed the state had representation forever on the Yale Corporation.

These members are the Governor & Lieutenant Governor.

Silliman goes to England, Scotland and Holland for purchase of apparatus and books during 1805-06 with about $10k.  He collected the bookseller’s fee.

He founded the American Journal of Science in 1818, married Harriet Trumbull, the daughter of the  governor and lived to be 85. He was an advisor to President Lincoln and a founding member of the National Academy of Science. His statute stands outside the Sterling Chemistry Laboratory.

His son was largely instrumental in starting the oil industry with his research in 1854 at the Yale Scientific School.