‘The Wehrmacht Past, the Bundeswehr, and the Politics of Remembrance in Contemporary Germany’ Presented by Erik Grimmer-Solem, Wesleyan University. 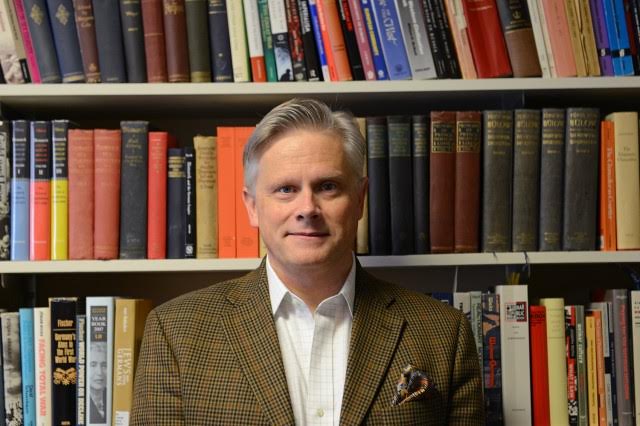 Event time:
Wednesday, April 12, 2017 - 5:00pm
Location:
The Whitney Center See map
200 Leeder Hill Road
Hamden, CT 06517
Event description:
Professor Erik Grimmer-Solem presented a talk to the CAAS meeting on April 12, 2017 at the Whitney Center. The title of the talk was: “The Wehrmacht Past, the Bundeswehr, and the Politics of Remembrance in Contemporary Germany.”

Erik Grimmer-Solem is Associate Professor in the Department of History and Tutor in the College of Social Studies at Wesleyan University. Before joining Wesleyan in 2002, he was a Harper Fellow at the University of Chicago, and prior to that, Lecturer in Modern European History at Balliol College, Oxford University. His field is modern German history with specializations in economic history, the history of economic thought, and the history of social reform. He has also developed research interests in German imperialism, German-Japanese relations before 1918, and Germany in the two world wars.

Erik’s research uncovered the involvement of a Wehrmacht general, honored in public as a member of the military resistance to Hitler, in massive war crimes and crimes against humanity. He will discuss how his findings were received by the German public, how that resulted in the official renaming of an air force base, and what that reveals about German perceptions of the war of destruction waged in the Soviet Union by the German army. The talk explores the deep involvement of the Wehrmacht in the Holocaust, the Janus-faced nature of many members of the German military resistance, and the ongoing problem of basing contemporary Germany’s military tradition and “official memory” on aspects of this tainted legacy.

This meeting was free and open to the public. The meeting began at 5 p.m. with a reception.

The lecture presentation was from 5:30-6:30 p.m. with discussion.
Dinner followed for CAAS members and guests only. (Dinner fee is $35/person)
Click here to pay online.
For information, dinner reservations, and directions, phone the CAAS office at (203) 432-3113 ext. 2 or email: caas.membership@yale.edu.
Dinner reservations are required by the Thursday prior to meeting. Any cancelations must be received 48 hours before the meeting in order for us to refund dinner cost.
Free parking was available.
203-432-3113
caas.membership@yale.edu